The Wheel of Time Wiki

Celebrating LGBTQIA+ Pride Month on The Wheel of Time Wiki

Happy Pride Month! June is the month to celebrate LGBTQIA+ individuals and stories. The Wiki of Time is celebrating the LGBTQIA+ representation woven into the fabric of The Wheel of Time television series, and the LGBTQIA+ cast and crew who weave these beautiful stories together. 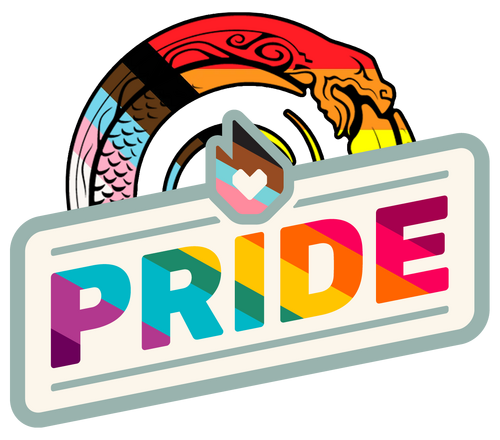 Pride Month in the United States is in June to commemorate the Stonewall Riots. On June 28, 1969, law enforcement raided the Stonewall Inn, a gay club, leading to a confrontation between patrons and the police. For six days, members of the LGBTQIA+ community engaged in protests, civil disobedience, and violent clashes with law enforcement in the surrounding area. The event is widely regarded as a catalyst for the gay rights movement in the United States. The one year anniversary of the Stonewall Riots was the first Pride Parade.

Recognizing Pride in June is a reminder that our LGBTQIA+ community has had to fight for a place in society just to peacefully exist. Even today, that struggle continues. Legislation is still being passed that limits the rights of LGBTQIA+ individuals. There are still countries where individuals can be lawfully punished, even executed, for who they are and who they love.

In celebrating Pride Month, we make a statement that LGBTQIA+ people are welcome in our communities and in our media, and that LGBTQIA+ stories are important.

Spotlights: LGBTQIA+ and The Wheel of Time

To celebrate Pride Month, we are spotlighting characters, cast, and crew of The Wheel of Time. We encourage you to check their articles on the wiki, read about them, and fill in any important information that we've missed. 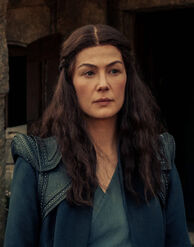 Moiraine Damodred
In a relationship with Siuan 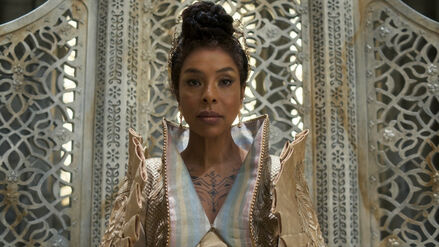 Siuan Sanche
In a relationship with Moiraine 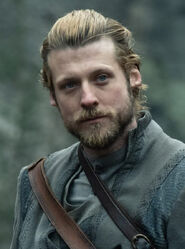 Maksim
In a polyamorous relationship with Ihvon and Alanna 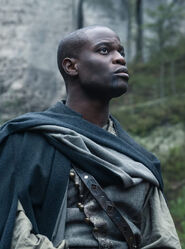 Ihvon
In a polyamorous relationship with Alanna and Maksim 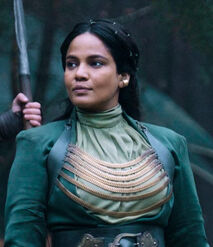 Alanna Mosvani
In a polyamorous relationship with Maksim and Ihvon 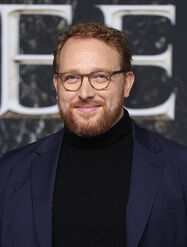 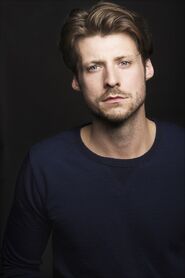 Rafe Judkins has spoken about how he got into The Wheel of Time book series, and how it was particularly important to him and tied to his identity:

Wheel of Time came into my life actually through my mother. When I was younger, I grew up gay and Mormon, which is a complicated combination. And so as she was sort of grappling with this idea, she brought this book and left it outside my door and said, "I thought you might like this." And it was Wheel of Time and we were really able to connect. It is a fantasy series that was for a lot of people that fantasy series hadn't been for before. Women could find themselves in it, like my mother. I could find myself in it as a gay person. It was a fantasy series that was different and attracted a different group of people than what had come before. So I've always had a very emotional connection to the series and it's kind of amazing to see it brought to life with this unbelievable cast.

Rafe Judkins and Tayler Napier are partners. This March, during filming in Morocco, they celebrated their ten year anniversary together.

Depiction in the show

The first LGBTQIA+ relationship openly introduced is the polyamorous relationship between the Aes Sedai Alanna Mosvani and her Warders Maksim and Ihvon in episode 4. Ihvon reclines against Maksim around the Warder's fire at the Aes Sedai camp. The two men are openly comfortable with their affection, and the other characters are equally comfortable, and the narrative treats this with casualness. It's then revealed that it's not just Ihvon and Maksim who are together, but the two are also in a polyamorous relationship with Alanna, and the three depart for the night together.

The first of the main characters revealed to be LGBTQIA+ is Moiraine Damodred (portrayed by starring actress Rosamund Pike). In episode 6, Moiraine is revealed to be in a relationship with the Amyrlin Seat, the queenly ruler of the Aes Sedai, Siuan Sanche. Their affection is depicted warmly, with them meeting up for the first time in two years. The two women must keep their relationship secret, not because it's a same-sex relationship, but due to the power dynamic; the Amyrlin Seat is not supposed to have such a relationship as it would be a show of favoritism. Moiraine's warder Lan appears to be the only person who knows of their relationship, and he is supportive, telling Moiraine, "Give her my love," before Moiraine goes to meet her. The scene in which Moiraine is exiled so that she can leave to complete her mission is difficult for both women, and although it's a scene in which Moiraine will be leaving, the oath Moiraine whispers to Siuan is reminiscent of wedding vow.

Siuan
I thought we'd have more time.
Moiraine
We always think that. Don't we?
Siuan
One day we will. In this life or the next.
— After Moiraine tells Siuan she'll need to leave again, episode 6 The Flame of Tar Valon

Moiraine
By the Light and the hope of my salvation and rebirth, I, Moiraine Sedai, do swear to honor and obey Siuan Sanche, Daughter of the River, clever as a pike, strong as the tides, and never return until she calls me home. Or may my Creator's face turn from me and darkness consume my soul.
— Moiraine swearing the oath to "honor and obey" Siuan as she is exiled, episode 6 The Flame of Tar Valon

Showrunner Rafe Judkins has discussed the representation in the series, and has answered a few questions about how the LGBTQIA+ relationships will continue to be developed going forward.

Rafe
[We wanted] to forefront the characters, to understand this woman Moiraine sooner than you might otherwise, to understand her relationship with this woman Siuan, who's almost like a pope figure in our world. And the interesting thing is, the forbidden nature of their relationship has nothing to do with that they're two women, it has to do with the power dynamic of the world. And I think that's something we wanted to highlight in the show in the first season, is what are the things that make Wheel of Time different? What makes it special? And to show these characters. You haven't had a badass lesbian sorceress at the heart of a show before. And now we do and I think that that's one thing I was trying to focus on was just these characters. Who are they? What do they mean? How can we track their emotional journeys? Because the journeys they go on across the entire series are so huge and we have actors who can achieve those journeys. And that's such a gift as a writer and creator.
— Rafe Judkins at The Prime Experience panel, May 16, 2022

Question
Are there any plans to include other LGBTQIA+ relationships in the show?
Rafe Judkins
We predominantly in the show have been trying to take things that were suggested or hinted at being LGBTQIA+ relationships in the books and sort of expanding on them, bringing those out, letting us know more about those characters and their feelings for each other, or taking things that we don't know what the relationship is between those two people and giving them something. And I think that's what we'll continue to do with the show the whole way through the series. You will see us lean into those places that are already so present in the books and then try to find room to tell more of the emotional history of some of those characters, and a lot of times that will include their relationships with people, be they of the same gender, a different one, or ungendered.
— Ask The Wheel of Time on Amazon Prime Anything at JordanCon 2022, April 22, 2022

Question
How did you approach representing polyamorous relationships, and do you have a plan for exploring those in later seasons?
Rafe Judkins
Our approach to polyamorous relationships is the same as our approach to any other relationships on the show. We're trying to take what's there in the books, try to give you more insight into the emotional interior of all those characters and understand what they feel and why they do the things that they do. And so you see a lot more actually in season two of one of those relationships, the Alanna-Maksim-Ihvon relationship, we get to delve into more of that and understand a little bit more how those three parts fit together, and how there's not just one relationship happening there, there's three relationships.
— Ask The Wheel of Time on Amazon Prime Anything at JordanCon 2022, April 22, 2022

Fandom is hosting a series of roundtable discussions for Pride Month in Discord. See the roundtable schedules here if you would like to participate.

If you or anyone you know is struggling or questioning their identity, or if you would like to learn more about LGBTQIA+ culture and history, please check out the resources below:

Want to see more content from Wheel of Time fans? The Great Blight has a great article:

Tell us what you love about Pride! Do you want to recognize anything in particular for Pride Month? Does the representation in The Wheel of Time mean anything special to you?

Let us know if we've missed anything! Is there anything you'd like to add to this message? Anything or anyone we've missed? Let us know in the comments, on Twitter, or on Discord. We've worked hard to respectfully recognize the wonderful LGBTQIA+ content of the series and the people who have been a part of creating that, and we always welcome suggestions for improvement.